News and events
« Back to news
May 27 highlighted
Let the IFCM 40th Anniversary Celebration begin!
Published: May 27,2022 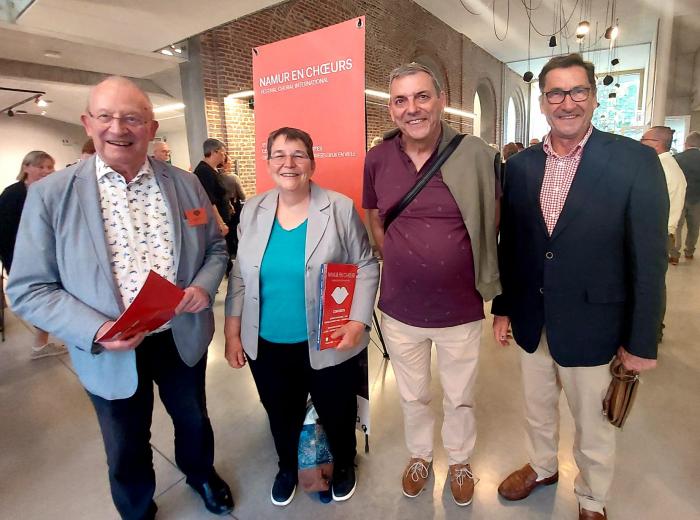 The Choral Federation Wallonie-Bruxelles — A Coeur Joie Belgium, long time member of IFCM based in Namur, Belgium, organized a concert dedicated to IFCM’s 40th Anniversary on 16 May 2022, in the frame of their international festival Namur en Chœurs. For the occasion, they invited the University Choir of Nancy which performed ‘Le Temps du Rêve’, a show combining songs and rhythmic scenography in a repertoire with original arrangements. Visit Namur en Chœurs’s website to learn more about this festival which generates singing throughout the entire city of Namur during one weekend in May with its 90 open stage concerts, workshops, and a masterclass.

IFCM is grateful to the Choral Federation Wallonie-Bruxelles — A Coeur Joie Belgium and IFCM Honorary Member Noël Minet for this wonderful first celebration of IFCM’s 40th Anniversary in Namur, the city in which IFCM was created 40 years ago.