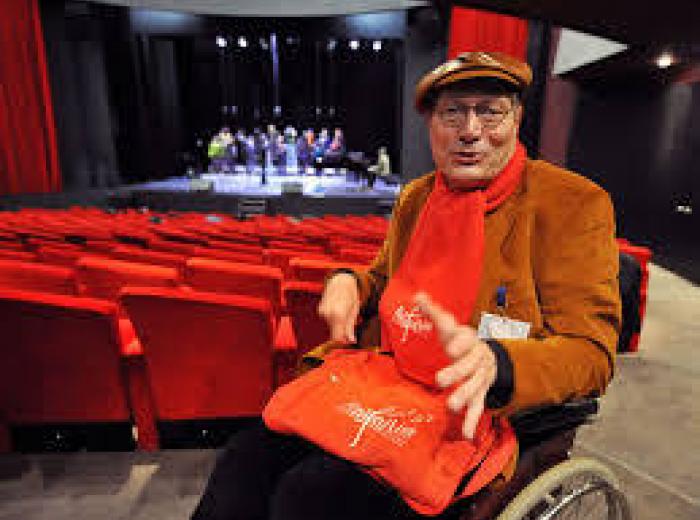 It is with profound sadness that we announce the death of Jacques Vanherle, lifelong lover of and advocate for choral music and Founder, President, and Artistic Director of the Polyfollia Festival (2003-2014). This innovative and unique choral festival in the region of Saint -Lô in La Manche, France, aimed to promote the best of choral music through two biennial events: a Summer Festival for choral music aficionados (odd-numbered years) and a World Showcase and Marketplace for Choral Singing (even-numbered years) that featured the best emerging choirs and vocal ensembles from all over the world. This showcase opportunity provided numerous ensembles with valuable professional connections to international festival organizers, managers, and promoters.

In 2005, when IFCM was looking for a new office, Jacques was the facilitator who helped relocate IFCM and its Secretariat in Normandy, France. Jacques became Treasurer of the Secrétariat de la Fédération Internationale pour la Musique Chorale (IFCM Secretariat), the French association which hosted IFCM’s office in Louvigny from 2005 to 2008. During these three years, Jacques and his association, Polyfollia, assisted IFCM with a variety of projects and events. Among these were the 2005/2006 World Youth Choir session in Caen, France, with conductor Frieder Bernius and the 2007 tour of Pequeños Cantores de los Andes (Andean Youth Choir) under the direction of Ana María Raga and Luimar Arismendi. The Andean Youth Choir project, an initiative of the Social Action Program for Music of the Andean Development Corporation (Bolivia, Colombia, Ecuador, Peru, and Venezuela), included a documentary film produced by the Regional TV of Normandy in the favelas of Caracas, Venezuela, with the collaboration of María Guinand and the Fundacion Schola Cantorum.

The IFCM Board members join IFCM President Emily Kuo Vong in expressing their most sincere condolences to Anne-Marie Cretté, Jacques’ wife, and to Jacques’ children, family, friends, and the Polyfollia team.

If you would like to write a tribute or share a memory of Jacques, you may send it to inmemoriam@polyfollia.org.

Because Jacques was so passionately engaged in social and cultural organizations, you may wish to support one of the associations that were so dear to his heart:

·       by making a donation directly to Handicap International, or

·       by supporting the work of Fayha Choir in Lebanon, for which Jacques recently wrote: “In these difficult moments, it is more urgent than ever to support the humanistic and artistic values carried by choral music. Fayha Choir is one of the best examples.”